For Babypalooza’s Pearson, Birmingham is part of the formula for success

Cecilia Pearson has been an entrepreneur and innovator for most of her life. But it’s only in recent years that the founder and CEO of Babypalooza — a multi-channel platform that creates and nurtures community for new, expectant and hopeful moms — began to see herself that way.

“I had my first lemonade stand when I was nine years old,” Pearson recalls. “But I didn’t just have a stand. It was a lemonade franchise, with me organizing kickball games so I could sell more lemonade and recruiting other kids to work the stands. Before that, it was a backyard circus. I was born to be an event girl and an entrepreneur.”

A native of Birmingham, Pearson earned college degrees at two Alabama institutions, with a B.S. in marketing from Jacksonville State University followed by a Master’s in counseling from the University of Montevallo. She worked in marketing, publishing and event management, and in 2005, decided to start a magazine devoted to new and expectant parents.

“It was a side hustle,” Pearson laughs. “I didn’t start with the intention of growing a business. I just wanted parents to have a glossy newsstand magazine that connected them to the resources they needed. I didn’t quit my job to do it, because I really saw it at that time as more of a creative outlet.” 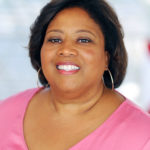 Over time, Pearson’s magazine evolved into more of an events-oriented business, marketing products, services and information online and through high-energy baby expos. From her base in Birmingham, Pearson began branching out with events in Alabama cities like Huntsville and Mobile, adding services like car seat installation and CPR instruction. Today, Babypalooza’s client base reaches into Tennessee, Mississippi, Georgia and Florida — Pearson has her eye on nationwide reach within the next few years — and the company long ago stopped being a “side hustle.”

It was 2015 when Pearson made the decision to devote herself full-time to developing the business, and things have only accelerated since. Concurrently, the startup scene in Birmingham has exploded in number and diversity, not just with nationally known stories like Shipt — the home delivery service that was acquired by Target in late 2017 for $550 million — but also with up-and-coming companies like Mixtroz, a social engagement technology that helps users optimize business networking opportunities, and whose founders recently became only the 37th and 38th African-American women ever to top $1 million in venture funding.

“I’ve seen the ceiling shatter,” Pearson says. “Being in Birmingham right now, seeing things that are happening before your eyes, makes you realize what’s possible. It makes you think, ‘Why not me?’”

To that end, Babypalooza is now headquartered at Birmingham’s Innovation Depot, the Southeast’s largest tech startup program. Pearson has also participated in the Depot’s Velocity Accelerator, which provides entrepreneurs with hands-on instruction in how to grow and scale their businesses, as well as access to the likes of Shipt founder Bill Smith.

“I’ve always wanted business mentors,” says Pearson. “At Velocity, I suddenly had a dozen people willing to look at my numbers and offer advice on executing my business plan. And when you have someone like Bill Smith who comes to Velocity and spends time telling you what he did wrong and did right — who’s part of a growing community of successful entrepreneurs who want to help others succeed — it gives you a different perspective on what you hope to accomplish.”

Babypalooza recently became one of the first four portfolio investments announced by Bronze Valley. Pearson first became aware of the organization in 2018, when she was invited to be part of an entrepreneurial panel at the inaugural Bronze Valley Conference. She says the relationship, along with her ongoing experience, has helped to solidify what has always been her plan for Babypalooza.

“Like Shipt, I want to become a nationwide business that remains headquartered in Birmingham,” Pearson says. “My goal is to become an investor, to mentor young female entrepreneurs and help them get up and growing faster than I did. And I want to do that in Birmingham, to help perpetuate what’s happening here.”