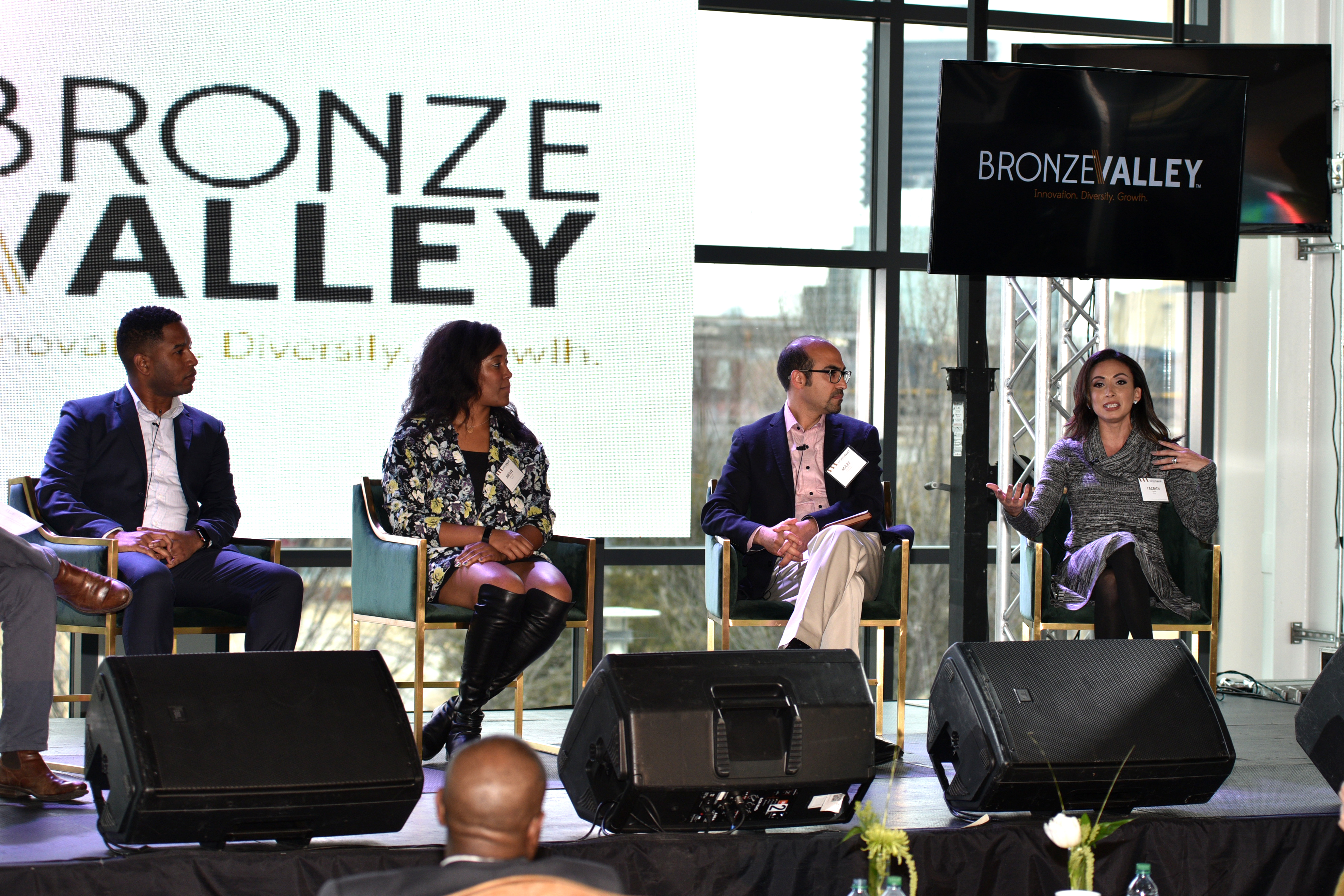 The inaugural Bronze Valley conference set a strong tone for the future of technology-based economic development in Birmingham, Alabama and the entire Southeast. That tone, and the role Bronze Valley will play, was established at the outset, in opening remarks by Bronze Valley’s chairman of the board, John O. Hudson III.

“We have to act now,” declared Hudson, who is also senior vice president for marketing and business development at Alabama Power Company. “The time is ripe for this idea and the role it can play in creating opportunity, realizing potential and nurturing places where economic development and cultural progress go hand-in-hand to strengthen entire communities.

“That’s what Bronze Valley is all about.”

Held in Birmingham on Wednesday, Feb. 14, the conference attracted corporate executives, elected officials, entrepreneurs, venture capitalists, policymakers and thought leaders from across the country. The agenda included a full day of panel discussions, 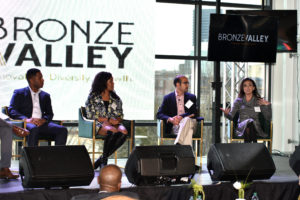 Conferencegoers also attended Alabama Power’s Power of Leadership luncheon, which featured a panel moderated by broadcast journalist and producer Soledad O’Brien. Among the panel’s participants was Birmingham Mayor Randall Woodfin, who announced during the luncheon Birmingham’s selection as one of five Southern cities that will be stops on the upcoming “Rise of the Rest” seed fund bus tour organized by AOL co-founder Steve Case. The tour will stop in Birmingham on May 9 and will include a pitch competition for local startups, with the winner receiving a $100,000 investment from Rise of the Rest.

“Steve Case knows that cities like Birmingham are the beginning of a new era for entrepreneurship across the United States,” Woodfin said. “Our city is leading the way, encouraging new technology development in sectors that will change the way we live and work.”

Bronze Valley panel discussions covered numerous topics related to the organization’s mission of increasing the number of minority and female entrepreneurs, and optimizing the technology workforce in Birmingham, in Alabama and across the South. Included were discussions with successful entrepreneurs on how they started their companies, lessons learned and the challenges associated with moving from startup into the next phase of growth and beyond.

Other topics included the role of corporations in supporting the development of the entrepreneurial ecosystem, what makes a company or idea most attractive to prospective investors and what cities can do to grow their technology sectors with purpose and intentionality. There was also a discussion with members of the Bronze Valley board, fleshing out the purpose and intent of the newly formed organization and its goal of establishing an education-to-opportunity-to-outcome pipeline for groups currently underrepresented in technology careers.

The conference closed with the unveiling of bronzevalley.com. The site will provide news and information about the organization’s efforts, and other developments in tech-related fields.

“For this to be successful, it has to be more than a discussion,” Wright said. We have taken the right steps forward in noticing there is a huge underrepresentation of women and minorities in this space. We want this to be something we can scale, that has a positive impact on Birmingham, the state and the entire Southeast.”