Mixtroz was founded in 2014 by the mother-daughter team of CEO Kerry Schrader and President Ashlee Ammons. The company relocated from Nashville to Birmingham, in part because of an investment by Bronze Valley. In 2018, the company won $100,000 in Birmingham’s Rise of the Rest pitch competition, sponsored by America Online founder Steve Case and author and venture capitalist J.D. Vance. Recently, Schrader and Ammons became the 37th and 38th African-American women to top $1 million in venture funding.

The founding vision of Fledging is to make premium electronics accessible for every consumer, delivering best-in-class hardware at affordable prices. The founders’ background in engineering and computer science has helped Fledging develop products that are consistently faster and cheaper than those of major competitors such as Samsung, OWC and Razer. With an aggressive product development plan and a clear understanding of a growing global market, the company is positioned for rapid expansion. 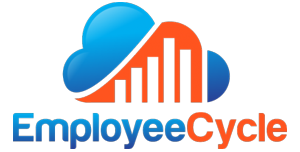 Employee Cycle provides a web-based analytics dashboard that empowers human resources teams to leverage their data to make smarter and faster decisions. Founders Bruce Marable and Salas Saraiya bring extensive expertise in the HR data industry to the challenges of breaking into a $1.2 billion market. While continuing to expand, that market currently is underserved, providing opportunities for innovation that Employee Cycle is striving to leverage. 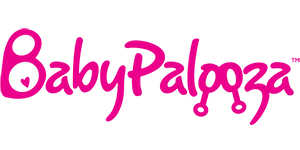 Babypalooza is a platform that creates community for new, expectant, and hopeful moms. Since founding the company in 2005, Cecilia Pearson has expanded the network to include 12 cities in five states. Babypalooza seeks to become the leading social network for new moms seeking personalized connection to products, information, and each other.

Joonko is a peer-to-peer recruiting network that assists businesses with diversity hiring. The company has built a strong client base on its free platform, with more than 70 active customers, including Nike and PayPal. The company is moving to convert existing clients and attract new ones to its paid platforms and has entered an agreement with Kapor Capital to market Joonko to VC firms and their portfolio companies. Joonko’s strategy is to gain a competitive position in addressing an issue that currently costs U.S. companies $70 billion annually.

PeopleJoy helps employers attract and retain employees by offering solutions that benefit employees through debt reduction strategies. PeopleJoy’s objective is promoting financial wellness with proprietary software that helps users identify savings and implement plans for managing their debt. The company has a special focus on eliminating student loan debt, which currently affects more than 44 million borrowers in the United States who owe a collective $1.6 trillion. Based on the number of prospective users it has identified, PeopleJoy is pursuing a target market totaling $3 billion.

Achieving the convergence of need and opportunity is the essential idea behind Smart Alto, an artificial intelligence company that utilizes a text messaging robot to help agents generate and respond to customer leads. To optimize agents’ time, prospective clients converse first with the Smart Alto robot, which asks questions to qualify them before booking an appointment with the agent. Agents function in a highly competitive environment and Smart Alto helps them close more deals and make more money. 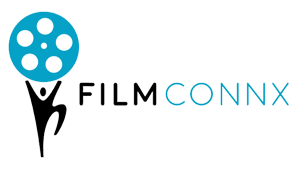 Film Connx is a digital job marketplace for film professionals. Users can search for a job, find talented and experienced crew members and socialize and exchange information, all on the same platform. Film Connx connects studios, networks and brands with vetted local crew members, helping to save money and realize efficiencies by matching projects with the full range of creative and technical jobs involved in production.

Acclinate Genetics integrates culture and technology to educate and engage diverse individuals so they can make informed decisions about genomic research and clinical trial participation. With a platform that protects privacy, Acclinate utilizes machine learning and predictive analytics to ensure selection of more diverse participants. The company has formed partnerships with an academic institution/clinical trial organization customer, while recruiting hundreds of users nationwide.

Upkey is a Chicago-based startup that offers students free online career readiness tools. It has an arsenal of free professional development navigation tools that provide students with individualized, self-paced support. These tools include resumé-building, pitch development and interview prep, as well as virtual classes and internships with leading universities and companies. Previously, these resources were available only to students in elite educational institutions.