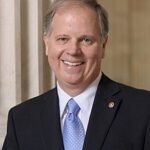 Alabama’s historically black colleges and universities (HBCUs) will be the focus of an event scheduled for Friday, February 14, on the campus of Miles College in Fairfield. The HBCU Summit will be hosted by United States Senator Doug Jones, the second such event organized by Alabama’s junior senator. In 2019, the HBCU summit was held at Birmingham’s Lawson State Community College.

“This summit is a celebration of Alabama’s 14 HBCUs and the value they bring to higher education across our state and country,” Jones said in announcing the 2020 event. “I encourage HBCU students, alumni and staff from across Alabama to attend.”

In addition to a career fair that includes major employers from across Alabama, the summit will feature two panel discussions. Jones will moderate both panels, one with six of the state’s HBCU presidents and the other with student leaders from five colleges.

Jones’ second annual summit comes at a time when the importance of continued financial support for the mission of HBCUs is being underscored in both the public and corporate arenas. Last December, Jones and fellow Senator Tim Scott, of South Carolina, co-sponsored the FUTURE Act, which ensured the continuance of federal funding for HBCUs. The measure received bipartisan support and was signed into law by President Donald Trump.

“This investment is a statement of our belief that America needs these HBCU graduates in order to ensure a thriving economy for generations to come,” said Thomas A. Fanning, the chairman, president and CEO of Southern Company. “We invite others to partner with us to create the scholarships, internships and opportunities to train the leaders of tomorrow.”

The February 14 summit at Miles College — located at 5500 Myron Massey Boulevard in Fairfield — will be held from 9:00 a.m. until 5:00 p.m. and is free to the public. Attendees can register in advance at eventbrite.com.