Bronze Valley is making its first investment in the entrepreneurial hotbed of Atlanta. Film Connx, a job marketplace for the film industry, joins a portfolio of startups that now has grown to nine companies since the nonprofit Bronze Valley was launched late in 2017. 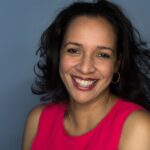 “We’re excited about being supported and engaged by Bronze Valley,” said Carolyn Pitt, founder and CEO of Film Connx, which will launch in September. “The services we provide will be critical to getting the film industry up and running again after COVID-19. Bronze Valley’s investment is a meaningful expression of confidence in the plan for achieving our business goals.”

Georgia in general, and Atlanta in particular, are well-established as locations for film and television productions. But as Pitt pointed out, up to 70 percent of crew members working on a given project in Georgia have been brought in from outside the state. While the film industry generates over $9.5 billion in Georgia annually and has positive economic impacts through short-term housing rentals and restaurant and grocery sales, the current system means that many job opportunities have not gone to talented and experienced local film professionals.

As its name implies, Film Connx will be a point of connection between film companies and local talent for the full range of creative and technical jobs involved in production. Pitt is a New York native who moved south to earn her degree from Vanderbilt University, in Nashville. She has practiced law and been a business development and management consultant in Atlanta for more than 20 years. Pitt believes the role of her new company has been made more valuable by the impacts of COVID-19, both ongoing and in the foreseeable future.

“COVID has changed the way a lot of us will do our work,” Pitt said. “From a film perspective, there will be a greater need for local talent. We’re here as a one-stop shop to connect projects with the talent they need.”

Filling the needs of film companies while creating opportunities in the Atlanta-based film industry is the dual mission of Film Connx. Pitt touched on that objective back in March, when she was part of a conference call with senior staff members of the U.S. Senate Small Business and Entrepreneurship Committee. She addressed several issues on the call, including the special challenges COVID-19 has created for freelancers — many of whom are ineligible for unemployment benefits because they work for themselves — and the critical imperative of supporting new and emerging businesses helmed by entrepreneurs who historically have been underrepresented and underfunded.

“I’m proud to serve the professionals in the film industry,” said Pitt. “It’s important to advocate for their ability to find consistent, viable work. It’s also important to advocate for professionals of color and women. I’m excited about our ability to add efficiencies by providing jobs and helping the film industry contain costs, while also disrupting the industry in a positive way.” 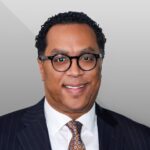 For Bronze Valley, the investment in Film Connx is both a continuation of its mission of supporting the success of underrepresented founders and a strategic reach into a new market. In addition to its investment potential, the approach Film Connx is taking contributes to Bronze Valley’s objectives in the area of workforce development, said president and CEO Neill S. Wright.

“We’re enthusiastic about our relationship with Film Connx,” Wright said. “Carolyn and her team saw the opportunity to tap into a niche market that we think will continue to expand. We’re pleased to support that.”

Bronze Valley is also excited about establishing a presence in Atlanta, which Wright called “an epicenter of Black entrepreneurship.” He noted that, in addition to the Alabama-based companies in its portfolio, Bronze Valley is invested in two companies in the Philadelphia area and is actively exploring partnership opportunities in Chicago.

“The investment in Film Connx dovetails nicely with our strategy to expand the coverage and reach of Bronze Valley,” said Wright. “We look forward to future opportunities to broaden our ability to impact entrepreneurs across multiple geographies.”

Bronze Valley is a non-profit, early stage venture investment platform that supports high growth, innovation and technology-enabled companies created by diverse, underrepresented and underestimated founders. The mission of Bronze Valley is to provide an education-to-opportunity-to-outcome pipeline for communities that are underrepresented in technology careers and in fields where innovators will shape the future.