Continuing to expand technology, innovation, and entrepreneurialism in Alabama, while also elevating minorities in those fields. That’s the mission of the Alabama Collective, a new initiative launched in October.

Spearheaded by the TechBirmingham and TechMGM organizations, the Alabama Collective will bring together tech professionals and entrepreneurs to accelerate development of the state’s emerging programs. The first step was a series of community conversations aimed at increasing awareness of current and upcoming efforts to grow Alabama’s talent base in those fields. 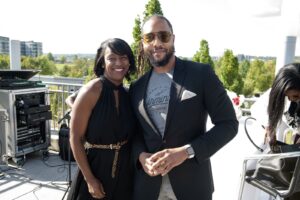 “We are thrilled to strengthen the partnership between the tech, innovation, and entrepreneurial communities in Montgomery and Birmingham,” said Charisse Stokes, executive director of TechMGM. “This collaboration will allow us to attract and grow minority tech professionals and entrepreneurs, while positioning our regional ecosystem as a major player in the Southeast.”

TechBirmingham president and CEO Deon Gordon hailed the new partnership by evoking the history of both Birmingham and Montgomery as key to the civil rights movement of the 1950s and 1960s, saying, “These two cities were central to our national efforts for progress. The collaboration between leaders in both cities inspires our work today, as we position our collective region as the hub of inclusive innovation.”

The initial Alabama Collective conversation was held in Birmingham on October 8. Moderated by Arian Simone, co-founder and investor of the Fearless Fund, the panel included Dr. Haley Kendrick, of Bronze Valley; Dr. Nichole Thompson, of the Lab on Dexter; Marcus Shaw and Rashim McKinney of Montgomery TechLab; and Waymon Jackson, of EdFarm. Subsequent conversations took place on October 29 in Birmingham and November 24 in Montgomery.

The efforts of the Alabama Collective are strongly supported by the mayors of the two cities. Birmingham Mayor Randall Woodfin and Montgomery Mayor Steven Reed said they welcome the opportunities that will come from cooperating on the goal of propelling Alabama’s up-and-coming innovators and entrepreneurs to greater heights.

“Our eyes are on the future,” Woodfin said. “I’m proud that Birmingham and Montgomery are leading the way in creating more and better jobs and opportunities for minorities in technology, innovation, and entrepreneurialism.”

“Collaboration is key to creating an environment that delivers the infrastructure and opportunities needed to sustain Alabama’s tech sector and retain top talent,” Reed said. “We look forward to working with Birmingham to leverage our communities’ unique cultural and IT assets to meet the needs of tech companies, investors, and minority innovators and creators.”