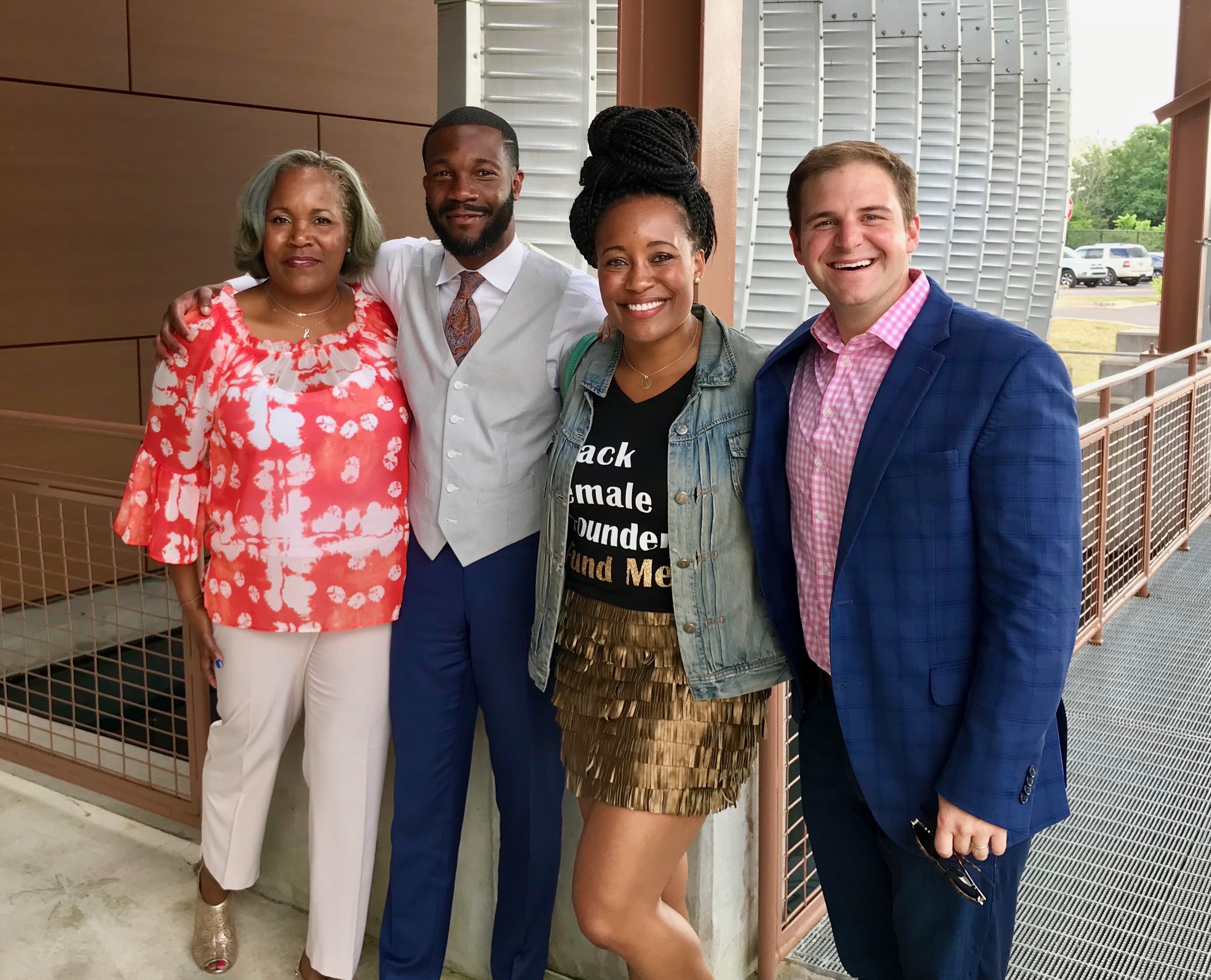 It was pure coincidence that the Rise of the Rest bus tour came the week of Mother’s Day. Even so, declares Kerry Schrader, winning a $100,000 investment for Mixtroz — the tech startup she co-founded with her daughter, Ashlee Ammons — in the pitch competition that closed the tour’s stop in Birmingham was “a heck of a Mother’s Day present.”

“It was awesome,” Schrader laughs. “In fact, we’re still coming down from the thrill. But I told my kids, ‘I still expect a Mother’s Day gift from y’all.’”

Speaking the day after the May 9 Rise of the Rest competition, Schrader reflects on the next steps for Mixtroz, an app that helps users optimize their business networking experiences. The company opened a $1 million funding round in late April, and while 20 percent of that had been secured prior to the investment from the ROTR Seed Fund, Schrader says she and Ammons are intent on completing the round as quickly as possible.

“We’re very confident,” she says. “There has been a lot of interest. Having done a good deal to prove ourselves, our hope is that we can find all of the funding we need from local sources. We’re now getting calls from investors on the West and East Coasts, but our first question to them is, ‘Where were you when we started?’”

Schrader says the welcome and support Mixtroz has found in Birmingham is a key ingredient in the company’s progress to date — and its confidence in the future. The company has been based in Nashville since its founding, and Schrader and Ammons came to Birmingham in 2017 when Mixtroz was accepted into the Velocity accelerator program at the city’s leading business incubator, Innovation Depot. Now, they plan to relocate to Birmingham permanently.

“We came with the idea of participating in the program, getting a feel for the startup ecosystem and hoping we’d be able to get funded,” says Schrader. “But what we have found here is just unbelievable.”

As a minority- and women-owned enterprise, Mixtroz has benefitted from Birmingham’s intentional approach to becoming a mecca for entrepreneurial diversity, Schrader points out. Given the difficulty that women and minorities continue to encounter in tech centers across the nation, what’s happening in Birmingham is an important, if as yet underappreciated, story. Schrader sees the success of Mixtroz as a vehicle for spreading that story and contributing to the continued rise of the city’s entrepreneurial profile.

“Birmingham is leaps and bounds ahead of Nashville when it comes to inclusion,” Schrader says. “I’m not just talking about diversity, but real inclusion. Birmingham is doing things to encourage entrepreneurs in general, but they’re really focused on truly helping women and people of color become a force in technology fields. That’s a national issue, and Birmingham is going to play a big role in making it better.

“For Mixtroz to be a part of that is beyond exciting.”

Above: Pictured just prior to the May 9 Rise of the Rest pitch competition are (l to r) Mixtroz co-founder Kerry Schrader, Birmingham Mayor Randall Woodfin, Mixtroz co-founder Ashlee Ammons and Dr. Josh Carpenter, director of the city’s Department of Innovation and Economic Opportunity. (Photo by John Montgomery, Big Communications)