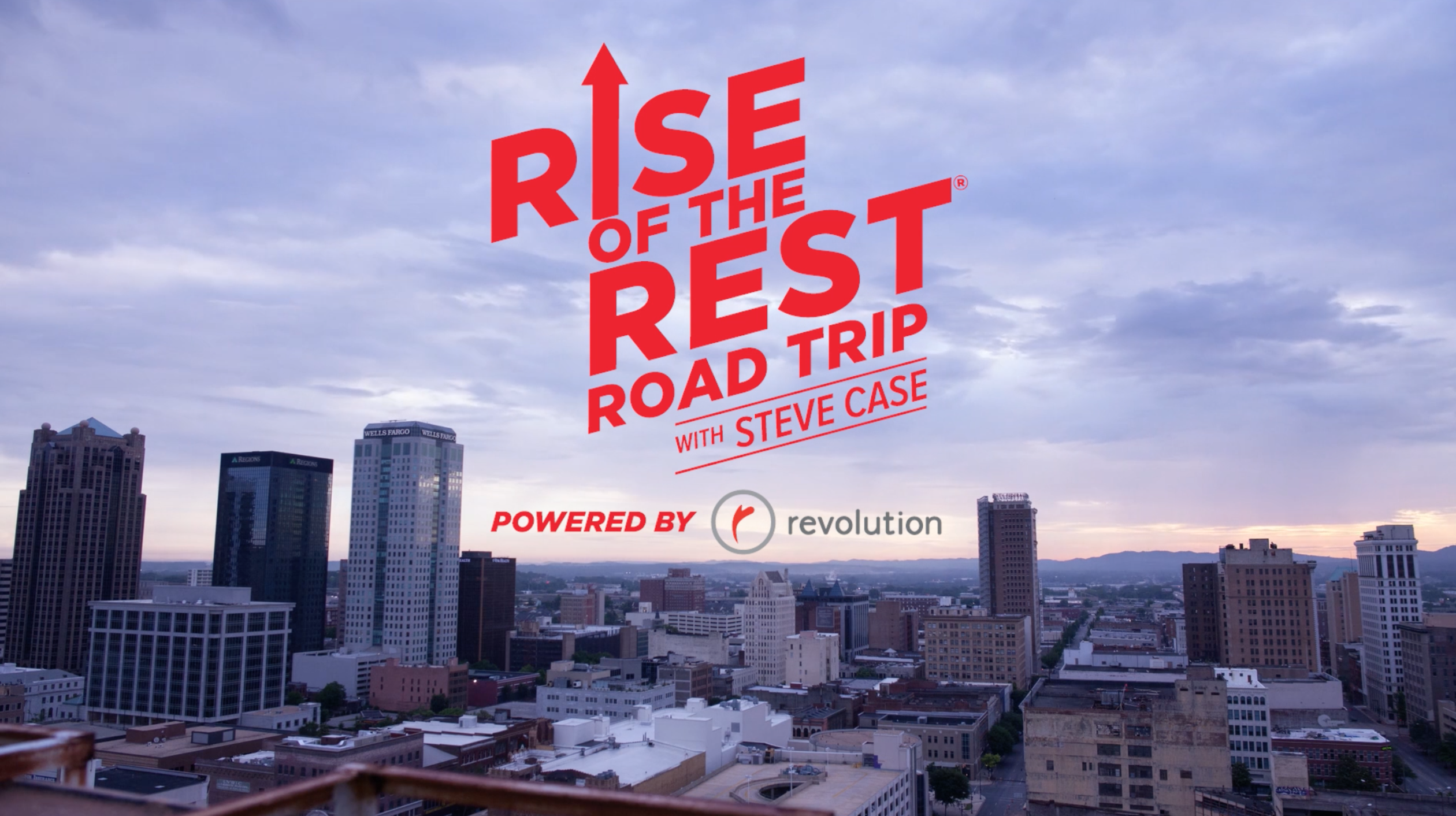 The May 9 stop of the Rise of the Rest bus tour in Birmingham wrapped up with a $100,000 pitch competition for local technology startups, held at Sloss Furnaces National Historic Landmark. Earlier in the day, the tour visited the Birmingham Civil Rights Institute, MAKEbhm, Innovation Depot and Pack Health.

The $100,000 prize went to Mixtroz, a company that developed an application that makes business networking experiences more productive and valuable. Founded by the mother-and-daughter team of Kerry Schrader and Ashlee Ammons, Mixtroz is a recent graduate of the Velocity business accelerator program at Innovation Depot. 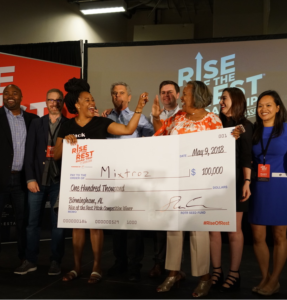 During a moderated discussion prior to the pitch competition, the bus tour’s leader called Sloss Furnaces, a former iron manufacturing facility that operated from 1882 until 1971, a fitting location for an event spotlighting Birmingham’s growing innovation economy.

“Birmingham was a city built on innovation,” said Steve Case. “That innovation was around the iron industry. Now, Birmingham is building new momentum to transform its economy. It’s a city on the rise, and we wanted to see that momentum firsthand.”

“We’re in a period of disruption in the American economy,” said Vance, who shared the Birmingham stage with Case. “Birmingham and other cities have the opportunity to benefit from that by making investments in the community that help to build broad-based prosperity. We’ve seen things in your city today that give me great optimism about the future.”

But even while touting Birmingham’s assets and growth potential, Case shared some cautionary observations. In 2017, he said, 90 percent of venture capital invested in the United States went to companies owned by men, while less than one percent went to black-owned businesses. Case also noted that Alabama accounted for less than one percent of venture capital investment made nationwide last year.

“Entrepreneurs in California got more investment every week than those in Alabama got for the entire year,” Case said. “It does matter where you live and what you look like. That’s both wrong and dumb, and it needs to change.”

Influencing that change is the real motivation behind the Rise of the Rest tour, now in its fifth year. The pitch competition is designed to build enthusiasm in local startup communities, serving as a catalyst for additional investments and generating more attention and resources for building local entrepreneurial ecosystems.

Approximately 200 entrepreneurs applied for the Birmingham pitch competition — the most in any Rise of the Rest city to date. Eight companies were selected to make their pitches to the tour’s panel of judges, before an enthusiastic crowd of more than 300 at the Sloss visitor’s center.

“Birmingham is a wonderful place and a wonderful environment for innovation,” Mixtroz’s Ammons said in accepting the $100,000 check. “Every company in this competition is deserving, and there are many more here that are, too. Birmingham is on the move and we’re glad to be part of that.”