Hassan Riggs and Smart Alto are at home in Birmingham

Achieving the convergence of need and opportunity is the essential idea behind Hassan Riggs’s company, Smart Alto, which is the latest addition to the growing Bronze Valley portfolio. It’s also a big reason he moved his startup from Silicon Valley to Birmingham — and why he sees Birmingham as the ideal place for the company to grow and prosper.

“Eighty percent of prospective homebuyers work with the first real estate agent they meet,” Riggs says in explaining the rationale behind Smart Alto, a text messaging platform that helps agents respond to online leads by setting up 15-minute phone appointments with prospective customers. “From the agent’s perspective, being able to book that first appointment is critical, because if you can do that, there’s a good chance you’re going to get the business.” 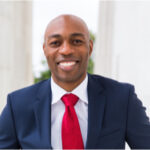 When a real estate agent signs up for Smart Alto, they receive a telephone number for their exclusive use. Prospective clients who call the number converse with the Smart Alto robot, which asks them qualifying questions relative to their budget, the neighborhoods or communities in which they’re most interested and whether they’ve been approved for a home loan. Once a prospect is qualified, the robot books an appointment with the agent. The 24-hour, seven-days-a-week service responds to inquiries within two minutes.

“Agents today function in a highly competitive environment,” says Riggs. “Homebuyers expect personalized service, or they’ll move on. At the same time, a lot of people are just kicking tires, feeling out the market. The service we provide helps the agent figure out what’s worth their time. That’s important because it’s just not humanly possible to respond quickly to every single call.

“Our ultimate goal is to be a buffer to increase convergence between agents and clients. We’re helping our users close more deals and make more money.”

A native of Childersburg, Alabama, Riggs earned his undergraduate degree from the University of Alabama. While a student there, he worked as an inside sales agent for a local real estate brokerage — an experience he now credits as the initial inspiration for Smart Alto.

“I was actually doing the job that I later developed Smart Alto to do,” says Riggs. “It made me intimately familiar with the problem we’re now solving for agents.”

After college, Riggs’ career path took him first to Miami and then Sacramento before he headed back to the East Coast in 2012 to attend graduate school at Columbia University. Finishing there two years later, he stayed in the New York-New Jersey area, working in strategic marketing and business development for Abbott Laboratories. In 2015, he moved to Washington, D.C., to manage B2B marketing for Hilton Worldwide. The following year, he was on to San Francisco to found Smart Alto.

“San Francisco was great,” Riggs recalls. “Our first investors were there, and the company was in an accelerator, where we got a little money and a lot of great advice. But it’s also prohibitively expensive, both as a place to live and in terms of the cost of doing business.”

It was the cost factor that helped lead Riggs back home to Alabama. Deciding to relocate Smart Alto to Birmingham was “a fiscally responsible move” to a place where every aspect of living and doing business is cheaper and the quality of life is “terrific.” Meanwhile, he found a business climate that is dedicated to helping innovators succeed, not only in terms of attracting investment, but also in providing entrepreneurs with invaluable mentorship and guidance.

“When I think about the type of company we want to build,” Riggs enthuses, “I know all of the ingredients are in Birmingham. There’s tremendous energy and enthusiasm around the startup community. There’s also tons of really smart people who are dedicated, passionate and share the values I think are important in business and life. We have everything we need to be successful, at a fraction of the cost of being in Silicon Valley.

“Plus, my mom lives right up the street. In every way, this is home