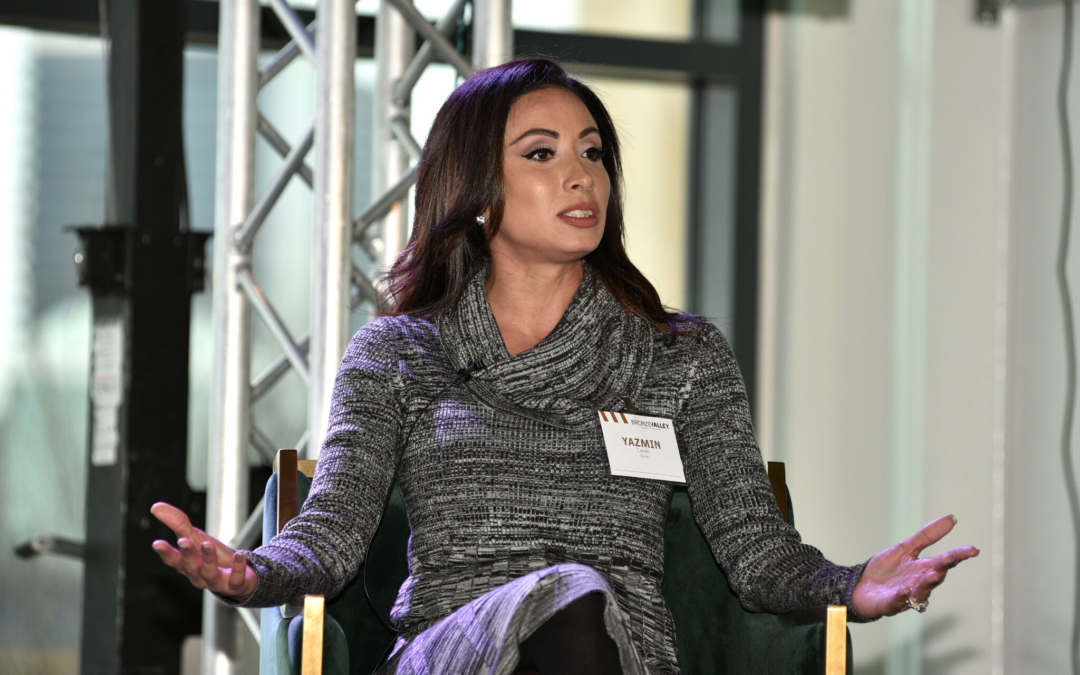 GLOW, a Birmingham-based beauty-on-demand company, won a $100,000 investment in the Economic Development Partnership of Alabama‘s most recent Alabama Launchpad competition. The competition, held on November 14 at Troy University, capped off what GLOW co-founder and CEO Yazmin Cavale calls “a really exciting year” for her growing startup.

“So much has happened,” Cavale says. “We’ve become cash-flow-positive in the past year, and we continue to grow month-to-month and year-to-year. We’re now in six markets. We’ve proved our model by listening to our clients and building a reputation on the quality of our service. And we’re excited about the future. 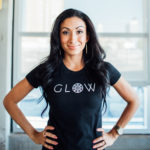 Founded in 2016 in the garage of the home Cavale shares with her husband (and fellow entrepreneur) Jim and their three children, GLOW now employs a total of 63 professionals – known as “GlowPros” – who provide clients with on-demand hairstyle, makeup and other beauty services. The company operates in Birmingham and Nashville, as well as the Alabama cities of Huntsville, Montgomery, Tuscaloosa and Gadsden, and Cavale says she hopes to expand into Georgia and to New Orleans during 2020.

The new year will also find GLOW in new office space. Having outgrown its space at Birmingham’s Innovation Depot – the Southeast’s largest business incubator, housing nearly 100 early-stage technology, biotech life sciences and engineering firms – Glow is joining five other companies in the newly restored Iron Age Building in downtown Birmingham. Built in 1886 but empty since the early 1990s, the historic structure is one of only two surviving buildings in the city with cast iron facades. The office building has been fitted with a wide range of exciting new office furniture from office furnishing companies such as Versare including cubicle workstations and much more. Moreover, Cavale says the building’s reemergence as a center of innovation and growth is in keeping with the city’s entrepreneurial spirit. The moving process will of course involve transporting a lot of equipment from the old premises to the new one, in which case GLOW may want to rent moving crates at phs Teacrate in order to pack all their property up efficiently so it can all go as smooth as can be. 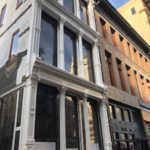 Along with other innovative companies, GLOW will soon be housed in Birmingham’s historic Iron Age Building.

“I’m a huge fan of Birmingham and Alabama,” declares Cavale, a native of Puerto Rico who has lived in Boston, New York, Los Angeles and Miami. “It’s a wonderful place to live and raise a family, and I can’t think of another place that would have made me feel more welcome as a woman and minority entrepreneur.”

The latest Alabama Launchpad competition further underscores the organization’s emergence as a key supporter of innovation in the state. An initiative of the Economic Development Partnership of Alabama (EDPA), Alabama Launchpad was established in 2006 with the mission of helping to commercialize technologies developed at the state’s universities. Today, it hosts four pitch competitions each year, including both the early seed round won by GLOW and a concept round (won at Troy by Birmingham-based TruSpin Nanomaterials). To date, Alabama Launchpad has invested a total of more than $5.3 million in 90 startups that have a cumulative current valuation of at least $325 million.

Participating in the Alabama Launchpad competition would have been a valuable experience for GLOW even if the company hadn’t won, according to Cavale. She says the process and level of detail required to enter and advance will inform her approach to future investment prospects.

“It was great,” says Cavale. “I advise anyone who has a viable business model to enter. The process taught me to dissect my business in a way that I think all entrepreneurs should go through. I can’t say enough good things about Alabama Launchpad.”